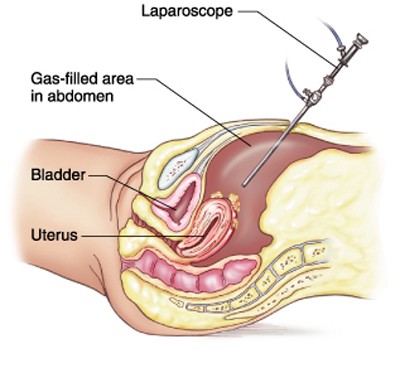 Laparoscopy Treatment Bangalore is a surgery, where small incisions are make rather than major cuts. Have you ever heard about minimal invasive surgery, if yes, then Laparoscopy treatment Bangalore comes in this surgery and if no then let the viewer know that in minimal invasive surgery, doctors uses a variety of methods or techniques to operate the body with less damage than with a open surgery. This surgery is also called as Keyhole surgery.

During this process, a laparoscope (it is a slender tool, which has a small video camera and a light attach on the end) is used to accomplish the surgery.  Camera is applied on the end of the laparoscope so that the surgeons can easily see the view on the monitor. If this tool were without the camera, then the surgeon would have to make a much larger cut to see the inside view.

When laparoscopy surgery was not there, then the surgeon had to create large cuts to perform the surgery, but thanks to the advance and special instruments, which has made the task for surgeons very easy and the patient too, to undergo this surgery with minimal pain and fast recovery time.

Why and when Laparoscopy treatment Bangalore is performed

Laparoscopy is used to perform the surgery or to diagnose the condition that may be in abdominal or pelvic region.  This is the surgery, which is generally carried out by the experts Gynaecologist to treat with female reproductive system. Given below are some points, where this surgery is carried out –

During Laparoscopy treatment Bangalore, a laparoscope is carefully inserted into the abdomen through a minor cut. The laparoscope allows the surgeon to visualize the inside view of female’ pelvis and abdomen. This surgery is usually performed under general anaesthesia; once the female becomes unconscious, the procedure is initiated.

After the Laparoscopy surgery

Once after the completion of surgery, the female patient may feel little sore near the cuts. The female may also have some pain in her shoulder ( this pain occur due to the pressure from the gas in abdomen)

Within few hours, a female can go home after the procedure from  Laparoscopy Clinic Bangalore. The female patient needs to take at least 4-5 days rest or a week to get back in normal situation.  Laparoscopy treatment Bangalore is neither a burdensome procedure nor does the patient has to suffer pain or large cuts.

This is one of the major and significant factors, that during Laparoscopy treatment Bangalore, the patient never feels heavy pain or takes long time for the recovery. It could happen that a female may have irritation around the area of cuts but she will get soon recovered after few days or a week.