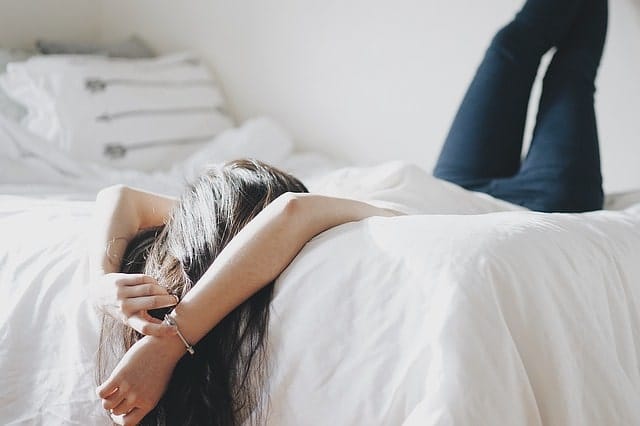 What is PCOD Problem?

PCOD- Polycystic ovarian Disease has become run-of-the-mill factor among many women. One out of 10 women faces the issue of PCOD. Women, who are in the group of PCOD, have hormonal imbalance or disorder. By the latest research, it has been found that 116 million women worldwide affects from PCOD syndrome.

What is PCOD problem? During PCOD issue, hormonal level is imbalanced and due to this misbalancing of the hormones, matured eggs are collected in the ovaries and unable to get unleashed, these in future may become cysts and hence the cycle goes, making more and more cysts in the ovaries; this is the major cause of those women who are infertile due to PCOD issue.  Insulin diet, hormonal disturbances and stress lead to PCOD issue.

What is the reason of PCOD?

There are several factors, which can develop PCOD in women. Some are –

Is PCOD a problem for Pregnancy?

Yes! It can be. PCOD / PCOS directly have an adverse effect of the woman’s pregnancy.

Those women, who face with poly cystic ovary syndrome (PCOS), are at risk for some issues or have complications throughout their pregnancy days. Additionally, a baby born by the mother with PCOS also has higher risk. These symptoms generally occur when the mother is suffering from PCOS condition.

More symptoms of PCOS like metabolic syndrome and formation of high androgens could increase the risks of touching infants. Due to increased level of androgen (male hormone), eggs (ovulation) are unable to unleash and that’s why the situation comes when the woman may suffer from infertility. Women with PCOS are thrice as probably to miscarry within the early months of physiological condition, as are girls while not PCOS.

Being PCOS women, there may be some pregnancy related issue. Some of them are-

Is PCOD a serious Problem?

This is the usual question, which revolve around each PCOD woman’s mind – Is PCOD a serious problem? PCOD is not severe issue but it can become more serious if it is not treated timely, so it is better advised to diagnose this issue instead of delaying and If it is delayed, then PCOD can take a shape of-

Is there any difference between PCOD and PCOS?

These two disorders are completely related with ovaries. PCOD is a situation, which occurs due to hormonal imbalance and PCOS is related with the endocrine system disorder. The symptoms of these two issues are somehow same and that’s the reason, why everyone becomes confuse of PCOD/PCOS.

PCOS and PCOD- are connected with the faulty ovaries; symptoms of PCOS and PCOD are same like improper periods/ irregular, hair thinning and development of hair on the woman’s chest, back (due to the high rise of androgen- a male hormone). PCOD/PCOS are caused by misbalancing of the hormones and this all factors influence infertility in women. There is one difference between about these two disorders and that is- PCOS can become more severe issue than PCOD disorder.

There are several PCOD problem symptoms; some of them are listed below

If talking about the treatment of PCOD disorder, then oral contraceptive pills to maintain regular menstrual cycle and to decrease the chance of cancer by maintaining proper menses. Intermittent Progestin therapy is also the way to reduce the possibility to occur cancer and endometrial hyperplasia.

Aldactone is a water pill, which can reverse the symptoms of excess androgen level and reduce – extra and unwanted growth of hair and acne.

Clomid or Clomiphene is that medication which exerts influence on ovulation (egg production). This medication is generally taken by those women who due to PCOD, unable to conceive and if in case, by Clomid the matter is not solved then through the method of ART special techniques, women conceive. Glucophage is another medicine, which is prescribed by the doctor when the female has diabetic issue. These are all about PCOD problem treatment to elucidate this disorder.

Can we get pregnant in PCOD?

Yes! Women who are with PCOD syndrome can easily get pregnant by taking ovulation medication as discussed above. Clomid or Gonadotropins medication can get this issue solved, and if this fails then by the technique of ART treatment like IVF or other, we can treat women with PCOD.

What is the cost of PCOD Treatment in India?